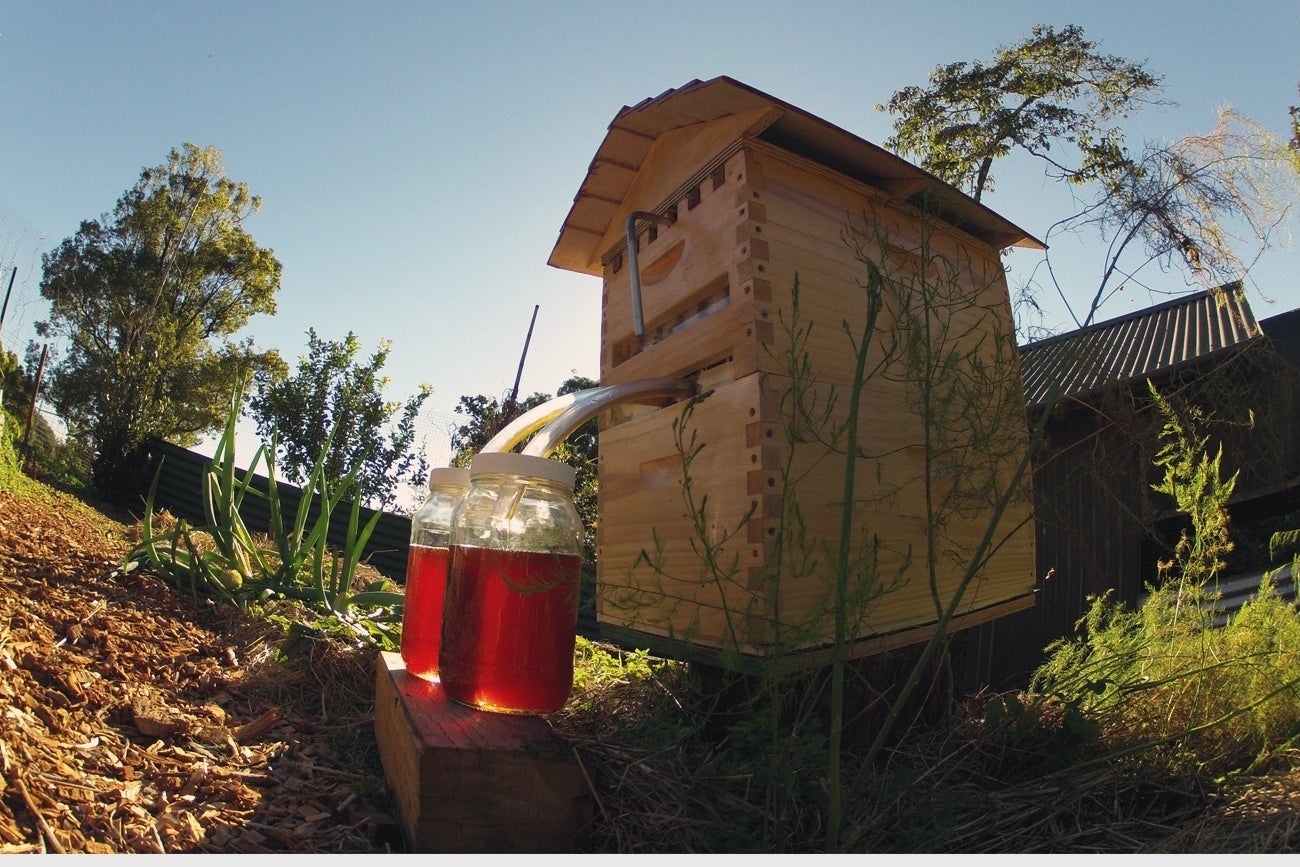 Crowdfunding platform Indiegogo has been abuzz about the Flow Hive, an invention that aims to help beekeepers better harvest honey.

Launched on Sunday, the campaign reached its goal of $70,000 within the first eight minutes, and the donations kept pouring in, hitting a record-breaking $2.18 million in the first 24 hours. Now, with 40 days left to go, funders have pledged more than $2.9 million.

The device claims to help beekeepers collect honey with less disturbance to the bees because the hive itself doesn’t need to be opened. The campaign page says that the product is “the most significant innovation in beekeeping since 1852.”

What exactly makes this product innovative? It takes a multi-step process involving a smoker, heavy lifting and an extractor and reduces it to simply turning on the tap for some fresh-from-the-hive sweetness. This is both easier for the beekeepers and less stressful for the bees, keeping them happier and healthier.

The simplified method might even encourage people outside the industry to start caring for bees, which has the added bonus of helping the insects and the environment. Bees have been struggling in recent years, and since they are a large part of how flowers and other vegetation reproduce — making bees vital for crops — an increased interest in beekeeping would be helpful.

“Without the bees we may not be able to sustain human life as we know it,” the webpage says. “In this modern world of limited natural habitat, beekeepers have become vital carers of bee colonies.”

It just goes to show that you sell more products with the promise of honey than vinegar.

Related: The 3 Most Awesomely Absurd Campaigns on Kickstarter Right Now

Be the first to comment on "Flow Hive, a Gadget for Beekeepers, Sets New Crowdfunding Record on Indiegogo"