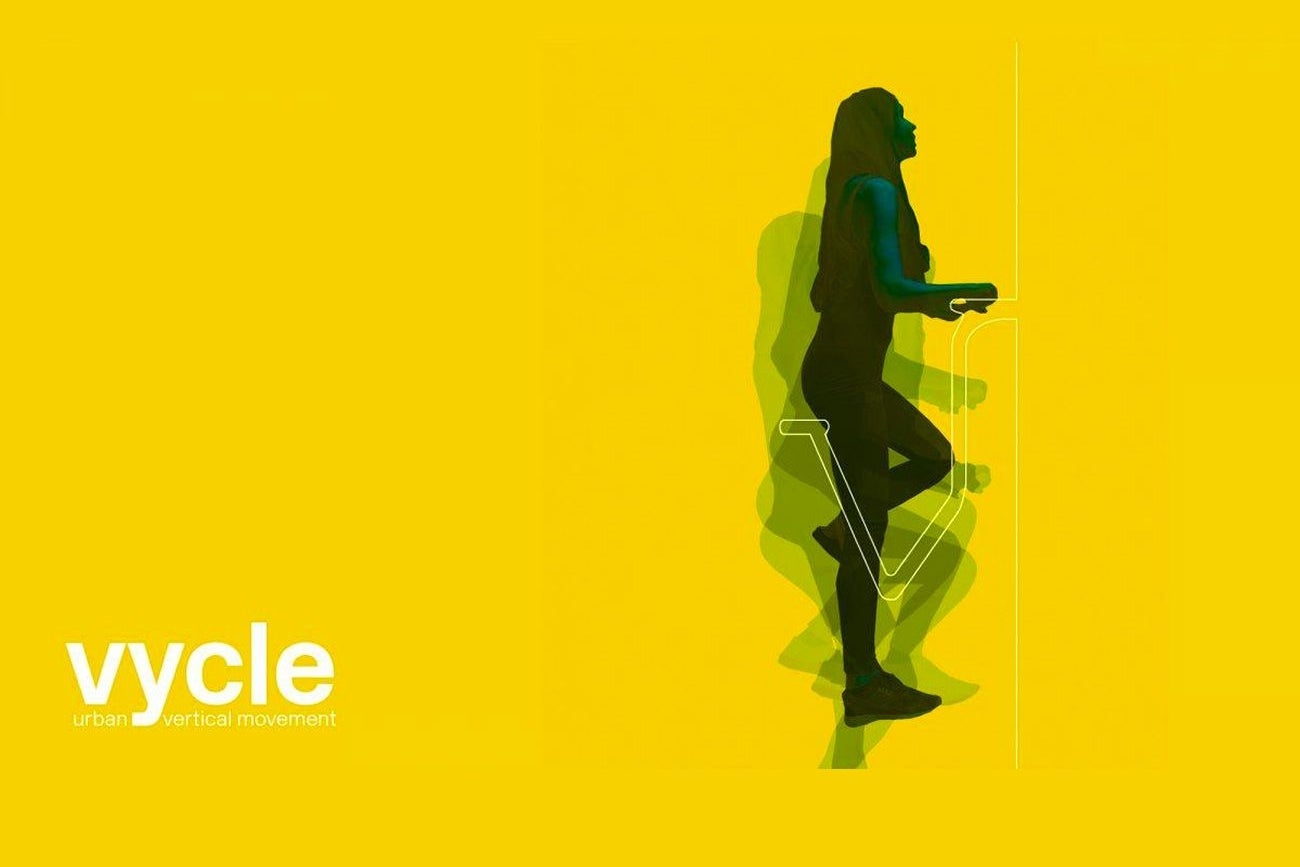 Nobody likes taking the stairs, and lifts take up a lot of room, are expensive and aren't exactly a healthy option to move up and down tall buildings. So Elena Larriba, a graduate design student at the London Royal College of Art, came up with the Vycle.

The Vycle is what you end up with by combining a bike and a lift. As the video below shows, a person sits on the Vycle, just like the would a bike and starts pedalling. But instead of moving forward they move upward. Want to descend? Pedal in the opposite direction.

As Dezeen explains, the Vycle works by using counterweights meaning that the user is only turning the pedals to lift their own weight. There's also a number of advantages to this system over a traditional powered lift. For one, it takes up much less space and is significantly cheaper because it's a manual system relying on weights and cables. It's also a healthy option due to the cycling involved, but is still easier than climbing several flights of stairs. And of course, it continues to work even when there's no power.

As well as saving space, cutting costs and promoting physical activity, Larriba believes her Vycle will help to reintroduce, "the sense of flow and community." She also thinks it could be very useful during the construction of new buildings for efficient travel up and down a structure by workers.

The Vycle is patent pending and while I don't see it replacing the lift or stairs in buildings, I can see it being added to buildings as a third option. I think it needs a few improvements, though. For example, what happens if someone returns to their apartment building with several bags of shopping? There's also a safety concern that needs to be addressed with regards to the potential to fall off.

This story originally appeared on PCMag